Home News THE HISTORY OF THE NUMBER 77 IN SUPERCARS 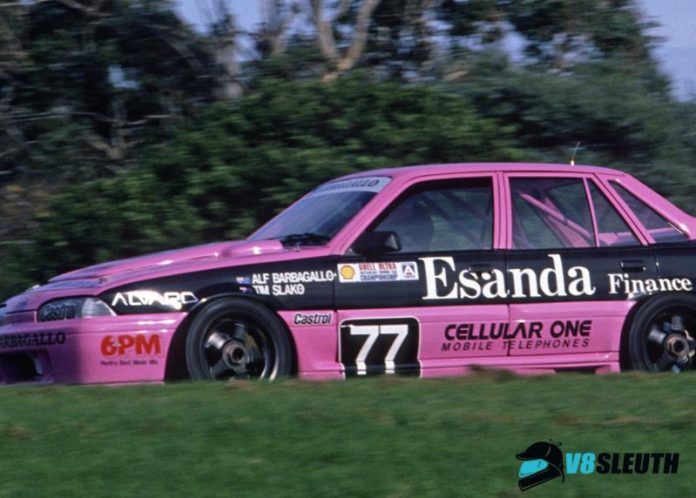 TIM Blanchard’s decision to use Valtteri Bottas’ #77 for his wildcard appearance at this weekend’s PIRTEK Perth SuperNight ends a long drought for the digits on the Supercars Championship grid.

Friday night’s opening blast under lights at Barbagallo Wanneroo Raceway will mark the first time the number has appeared since the 2011 Supercheap Auto Bathurst 1000.

Coincidentally, it was carried by a wildcard on that occasion, too!

The number was used for the entry for the winner of reality TV show Shannons Supercar Showdown, with victor Cameron Waters making his championship race debut alongside Grant Denyer aboard a #77 Holden Commodore VE.

It’s also appropriate that the #77 returns to the Supercars grid at Barbagallo Wanneroo Raceway, as the number’s maiden five litre V8-era race start came at the hands of Alf Barbagallo himself!

The Western Australian businessman made 11 championship race starts wearing the #77, all but two (including at Sandown in 1989, pictured at the top of this story) coming at his home circuit.

Colourful privateer Richard Mork has been the number’s most prolific user in the Supercars era with 15 race starts.

The driver who started the most races with the number is none other than Peter Williamson, the charismatic RaceCam pioneer starting 32 championship races aboard various models of Toyota carrying the #77.

Williamson’s career best result came with the #77, claiming third place outright in his two-litre Toyota Celica at Oran Park in 1980.

However, that is not the best finish logged by a car numbered 77.

That honour goes to 1976 Bathurst 1000 winner Bob Morris, whose Ron Hodgson Holden Torana XU-1 carried the number to a pair of second places during the 1974 season.

One of those results was mighty close to a win – he finished just 0.6s behind Peter Brock at Amaroo Park, and nearly pinched the lead away on a panel-rubbing final lap!

The number’s most recent top-10 finish came at the hands of Marcus Marshall with a ninth-place finish in the second race at Winton in 2009.

While Supercars Championship success has so far eluded the #77 the number has been carried to a pair of race wins in the Dunlop Super2 Series, Shane Price claiming two race wins late in the 2006 season.