Home News THE INSIDE STORY ON THE DJR PENSKE DEAL 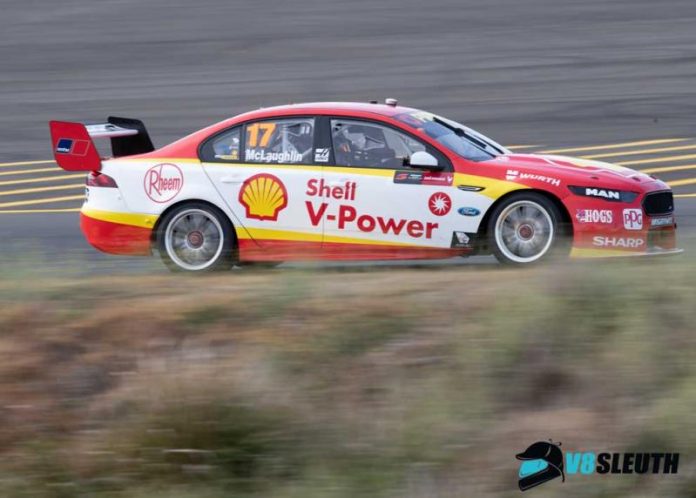 “My bulls**t detector was off the scale…”

IT was the deal that brought a giant of US motorsport into the Supercars championship and returned Dick Johnson’s iconic team to the front of the grid.

Team Penske and Dick Johnson Racing made their big announcement on September 15, 2014 – the day after that year’s Sandown 500 – but the wheels had been set in motion 11 months earlier.

Speaking to The Race Torque in a the first of a two-part feature, DJR Team Penske team principal Ryan Story revealed the full inside story on how the deal came together, including details that have never been made public knowledge previously.

For instance, it was the automotive industry goliath that made the first approach – and Story didn’t believe it was really them.

“The Marketing Manager for Penske Commercial Vehicles, as it was called then, reached out and handed a business card to our Team Manager Richard Swan at the Gold Coast 600 event,” Story told The Race Torque.

“He told Richard that Roger Penske wants to buy the team and get whoever is in charge to ring him and he will organise it!

“My bulls**t detector was immediately off the scale.”

It was another phone call from someone a just a little bit higher up the Team Penske food chain that made it crystal clear how genuine – and serious – the approach was.

Except it didn’t come at the most convenient of times for Story.

He was preparing to go under the knife for major surgery.

“I remember the day clearly,” Story explained. “I was at home preparing to head into the hospital.

“I had a bag packed and was rushing around to get things ready and the phone rang with a +1 number. It was Roger Penske.

“My head was spinning at 100 miles per hour after the call. And I still had to get to the hospital for surgery!”

Head to The Race Torque hereto read the full Part 1 of the feature story.