Home News TIME TO GIVE HISTORIC MOTORSPORT A REFRESH 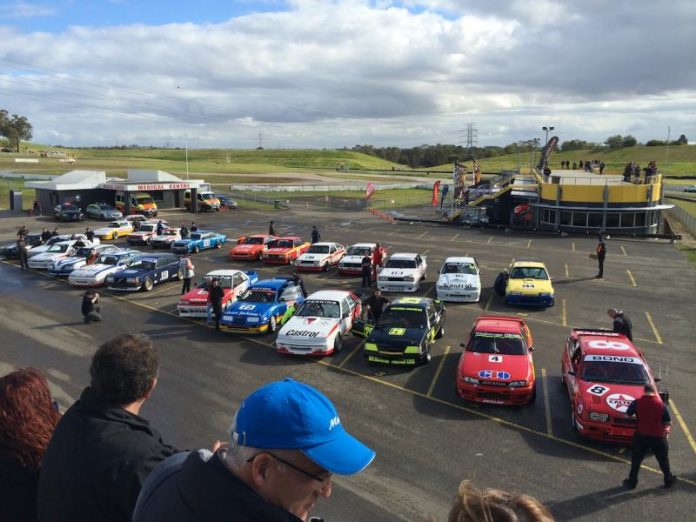 NOTE: This column first appeared in Australian Muscle Car Magazine Issue 103 and is being reproduced here on the V8 Sleuth website.

Historic motorsport in this country isn’t in crisis or need a complete overhaul. It doesn’t need a whole new driveline; it just needs a few new gear ratios and a little refresh in order to attract the next generation to continue the fabulous work of those that have come before.

Without this connection I fear we’re going to lose the chance to secure the interest of an important demographic in an important period of time in the sport – more of that in a second.

Recent trips to local Historic events have left me a tad disappointed when compared to those same events in previous years.

Smaller car counts, smaller crowds, a feeling of seeing the ‘same, same’ cars and fewer and fewer off-track attractions that really caught interest and attention have left me pondering what can, could or should be done to help with the future.

One element is a factor that none of us can fix – the sheer fact that time stops for no one.

The days of the ‘legends’ is sadly nigh – we must all remember that these legendary drivers and personalities of the sport are now solidly in their 70s and 80s. Their days as banner head attractions to events, festivals and gatherings are closer to the end than the start.

For each of the healthy and spritely ones you see at an Historic event or similar, there are equally two or three that are struggling with their health and time is catching up with them, making travel and public appearances an increasingly rare possibility until they are forced to retire from public life.

These stars, icons and legends are not going to be here forever. They’re closer to the chequered flag than the green light.

We’re all doing the sport a disservice not to prepare for the next step in the heritage of our sport’s history – without it there’s a big gaping hole that might skip a generation and, in turn, largely undo a lot of the work done by these legends of the sport by not keeping things rolling.

So why do I have this feeling of Historic racing needing this little refresh?

I can’t help but feel that those in their older years 10 or 15 years ago have sadly now left us, become too old to compete, or sold off their cars – either way, they are no longer involved in the sport. It’s no one’s fault, it’s just life.

And do I feel this way because, as a 36-year-old, I see those numbers are not being topped up at the other end of the spectrum by 30 to 40-somethings to a lack of relevant cars, categories or stars from their upbringing to connect with and thus capture their interest?

Granted, there are plenty of 30 and 40-somethings interested and/or involved in Historic motorsport (I’m one of them!) but there should and could be many more.

At present there are a range of cars sitting out there in garages, sheds, private storage facilities and the like that simply don’t have a place to race. These are the cars that competed largely in the late 1980s, 1990s and very early 2000s that don’t fall into current Historically classified categories but don’t fall within current contemporary categories of racing.

We need to find ways to get them out and about – either getting them classified as new Historic categories (yes, a big task with lots of effort required I know!) or encouraging the notion of ‘Modern Historic’ motorsport; essentially providing a germination period – giving a place for these orphans of the sport some slots to race, for like-minded owners of cars from the same era, class or category to unite, slowly build their momentum and, should there be an appropriate base of cars to form solid fields, take their case further to become an official Historic category with CAMS somewhere down the track.

I take inspiration from what is happening in Europe, in particular the Masters Endurance Legends category for GT and sportscars from the period of 1995 to 2012 inclusive.

Run as part of the Masters Historic Racing portfolio in Europe after a successful pilot event in 2017, the category is split into groups for the various prototypes and GT cars that are eligible and the eras they are from.

Basically these cars would have nowhere to race otherwise, but a platform for them to be out on the track – rather than tucked away counting down the years until they perhaps are given Historic classification.

The most obvious relevant category here locally is the five-litre/V8 Supercars of the 1990s through to the very early 2000s prior to Project Blueprint-spec Falcons and Commodores.

I will put my hand up here – I have a vested interest in this happening given my connection with the cars, work in researching all their histories and fact that an arm of my business deals in this very period of vehicles.

But the fact is there are more than enough cars out there and more than enough eager owners to get something rolling, as well as piles of enthusiasts that would love to see them, given the ’90s winged cars are now between 19 and 26 years old!

Cars from this era, like the ’90s V8s and other classes of racing from the late 80s, entire 90s and early ’00s, will hook more of my generation into Historic motorsport, paving the way to its future.

If we don’t hook them now, I fear we’ll miss them – and that, above all else, would be a disaster.