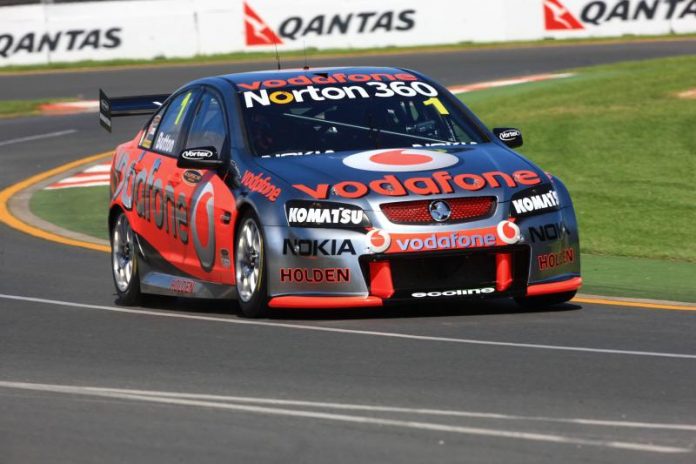 AN INTERESTING piece of Triple Eight Race Engineering history has just appeared on the market – and it’s a car that has never competed in a V8 Supercar race in its entire life.

The former TeamVodafone ride car V8 Supercar, originally built by the team as a Ford chassis but later converted to a Commodore VE when the team moved to Holden in 2010, has just popped up for sale in the V8 Sleuth Classifieds Page Powered By Tickford.

Now based in Thailand where it has been used in competition by Kiwi Craig Corliss for the last few years, the car was the very same car driven by 2009 F1 World Champion Jenson Button during the well-publicised car swaps between he and Jamie Whincup at Albert Park in 2010 and he and Craig Lowndes at Bathurst in 2011.

It currently is fitted with a six-litre Ford engine and comes with a range of spares with full details listed on our Classifieds page to view here.

Here’s Jenson Button and Craig Lowndes swapping cars at Bathurst back in 2011.