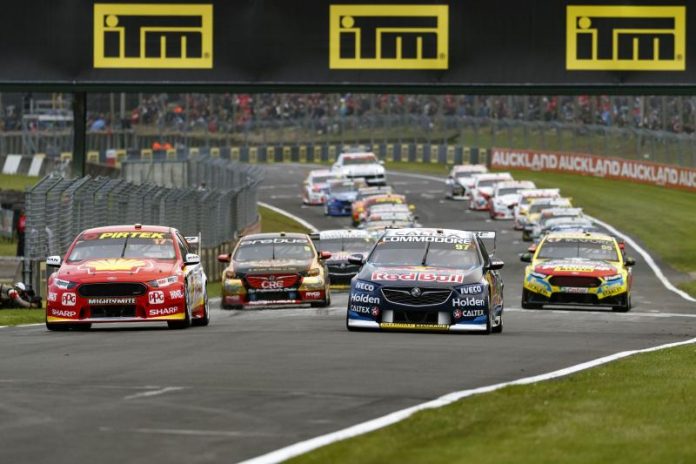 PUKEKOHE Race 28 winner Shane van Gisbergen has escaped penalty for a wheel spin infringement in his second pit stop today, however the matter isn’t quite over yet.

Officials have determined that van Gisbergen’s rear wheels did indeed spin, however he has not been penalised.

“Following a review of the Broadcast footage from a number of angles and Supercars data from Car #97, it was observed that the rear wheels of Car #97 did not complete in excess of a full revolution.

“Consistent with previous determinations of the DRD, when investigating if a breach of Rule D11.8.8 has occurred, the rear wheels must complete in excess of one full revolution for the imposition of a penalty to be recommended to the Stewards.

“As this did not occur the matter does not warrant being referred to the Stewards.”

DJR Team Penske has, however, lodged a protest, meaning the results remain provisional.

The protest will be heard tomrorow morning (Sunday November 4) at Pukekohe Park Raceway.

Social media has gone into meltdown in the wake of the race, that saw van Gisbergen given a five second penalty for contact with McLaughlin at the hairpin.

He was able to build a big enough margin to end up officially winning the race by 0.5-seconds, though all results remain provisional until tomorrow.