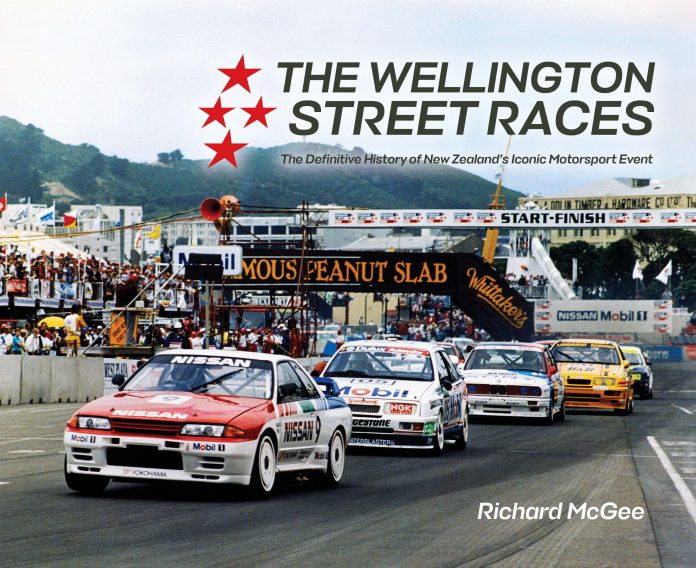 THE history of New Zealand’s biggest touring car street race on the waterfront in Wellington is being celebrated in a brand new book that has been released today.

V8 Sleuth is the Australian distributor for the new book, ‘The Wellington Street Races – A Definitive History of New Zealand’s Iconic Motorsport Event’, and it’s available to order here now from the V8 Sleuth Online Bookshop.

The Wellington street race ran as a 500-kilometre endurance event from 1985 to 1993 for touring cars and attracted the best drivers and teams from Australia, New Zealand and overseas.

In fact, there were two races held in 1987, one being the round of the World Touring Car Championship.

The Wellington street race was later re-born on a modified track in 1994 for a round of the Asia-Pacific Touring Car Championship for two-litre cars and the last event was held two years later in 1996 with a pack of 12 V8 Supercars from Australia.

The race track itself ran through central Wellington streets and along the edge of the waterfront. It was hard on cars and very hard on drivers.

This is the first time that all of the stories about the creation – and the ultimate demise – of the Wellington Street Races have been brought together, along with photos and race information that all motorsport and sports fans will enjoy.

The 272-page hardback book has been written by Richard McGee and is published by Bateman Books.