Home News WHICH DRIVER HAS RACED THE MOST COTF/GEN2 SUPERCARS? 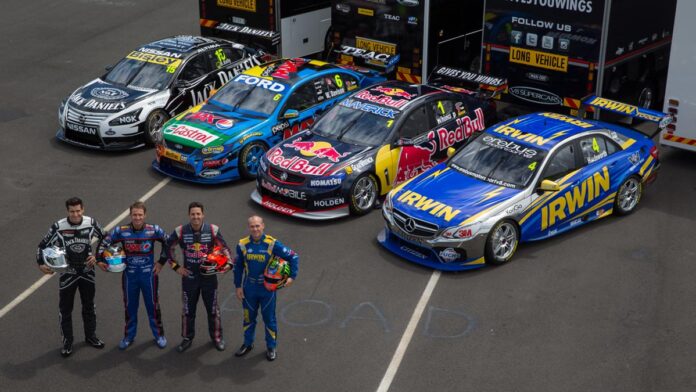 NEXT year will mark the 10th season in which the current Car of the Future/Gen2 chassis contest the Repco Supercars Championship.

The category is currently scheduled to make a mid-season switch to the all-new Gen3 cars in 2022, although there are suggestions it could be delayed further to 2023.

Regardless, there have been over 100 Supercars built on the control COTF platform, which remained fundamentally unchanged when Gen2 allowed coupes and hatches into the class from 2017.

It begs the question: which driver has raced the most COTF/Gen2 cars in the Supercars Championship?

We’ve crunched the numbers in the AN1 Database and discovered that three drivers currently share this distinction… and four more are scheduled to equal the tally by year’s end!

That’s an average of one per season and nearly 10 percent of the total cars built!

All of Whincup’s have of course been Triple Eight Commodores and includes a one-off start in a spare car at Pukekohe in 2018 after his primary chassis was damaged on the Gold Coast.

By contrast, Slade has reached the marker courtesy of cars from five different teams and three manufacturers.

Courtney also has some variety on his list thanks to six Walkinshaw Holdens, a Triple Eight Holden from his one-event stint at Team Sydney in 2020 and two Tickford Fords after joining the squad in mid-2020.

A further nine drivers have each raced eight different COTF/Gen2 chassis to date.

Tander is set to co-drive with Shane van Gisbergen in the same Commodore in which they won the Great Race in 2020, while Canto’s last Bathurst start came back in 2019 and he remains without a deal this year.

Percat has meanwhile confirmed he’s leaving BJR at year’s end, making it almost certain he’ll make it to nine chassis at the start of 2022…

Which car has had the most drivers?

Flipping the question and asking which COTF/Gen2 car has been raced in the Supercars Championship by the most drivers gives a clear and somewhat unsurprising winner: FPR 1215.

The full history of this car was detailed here on the V8 Sleuth website earlier this year.

This chassis was built by what was then Ford Performance Racing in 2012 and has subsequently been campaigned by 16 different drivers, including Slade this season.

For context, the next two cars on this list are 888-031 (built for Lucas Dumbrell Motorsport in 2013) and Walkinshaw Racing’s WR 018, both with 11 different drivers.

Owned by Phil Munday, FPR 1215 was pressed into action by the Blanchard Racing Team at Sandown this year after a big crash for driver Slade during February Mount Panorama 500.

With the team having utilised the pandemic-induced break in the season to rebuild that crashed chassis, FPR 1215 will once again be back to spare car status when racing resumes.