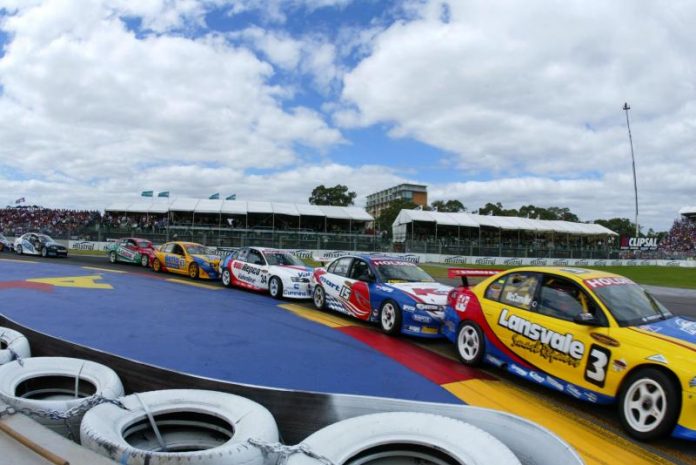 V8 SLEUTH is big on connecting with V8 Supercar fans and his recent Q & A sessions on Twitter and Facebook have been a big hit.

On Monday evening he asked for questions from the fans and has selected the best to answer here on the first of what is intended to be a regular series before V8 rounds.

Sorry but we can’t answer all of the questions – time is ticking ahead of the first round and there’s much to do!

Did your question make the cut? Read on below to find out …

Q: Is Will Davison the real deal? (from Tommy Tucker)

A: As a driver, absolutely. His previous history of winning with DJR, HRT and FPR shows that. His current team is clearly not a race-winning proposition at the moment and his car is not either.

Q: With V8s going to Fox Sports, do you know if the support categories will be televised as well? (from Josh Young)

A: Absolutely Josh. You’ll see loads of supports on Fox – in fact, pretty much every category should pop up on there. They have a lot of hours to fill!

Q: Will Steven Johnson get a V8 drive this year? (from Rolf Mamers)

A: Certainly not full-time. At the current rate he will struggle to land an endurance seat given many of them as taken and the ones that are left open are being left open with price tags on them. He’s an experienced bloke that would be great for the enduros for any team, but in the current market that’s not enough.

Q: What became of Larko’s original EF Falcon, the one built with all the open wheeler tech before he joined Stone Brothers? (from Chris Holburn)

A: It’s goooonnnee! Was destroyed in the crash at Clipsal 1999 when Danny Osborne was clipped and sent into the fence by Craig Lowndes.

The remnants of the chassis were used in a Queensland TAFE but she’s gone to V8 Supercar heaven now.

Q: When will we see HRT’s real livery? (from Tyson Dawidowski)

Q: How many cars are we likely to see on the Supercars grid in the future? (from Nick Frohloff)

A: I can’t see any more than current levels in the near future. It’s a reflection of the market and where the sport is at overall.

Q: Do you think Clipsal should be a 1000km endurance race later in the year with co drivers on the original track layout? (from Shane Anderson)

A: No, no and no! This was mooted way back in late 1996 when the V8 Supercar/Bathurst war was kicking off. Clipsal is a mega event that has made its own place on the calendar, we have a ‘1000’, so no, no need.

Q: Will we ever see the SaFER barrier introduced to Australia? (from John Paul)

A: I would love to see it. Sadly I am not holding my breath due to the cost involved. Tracks would have to foot the bill and I can’t see them doing it despite the obvious safety improvements the barrier would provide.

Q: What’s your anticipation of the Toyota 86 Series? What would you like to see the series aim for and achieve? (from Dave Stillwell)

A: A good question. I like the concept.But Toyota will do it properly and give an opportunity to young guns to prove their wares. I’d like to see a kid get a break and be able to take their career further locally or overseas and not be sentenced to simply being a one-make specialist.

Q: Prediction for biggest improver in 2015 – team and driver (from Rob Humphreys)

A: Really hard to tell. I think Nissan will step up. Their engine upgrade, aero tuning and two years of experience mean they are really out of excuses and need to perform. The test day showed some good signs.

As far as drivers go there are some that need to step up – but will they? That remains the question.

I think Moffat will continue his improvement. His progressed is championship-finishing position every year that he’s been in the championship. I reckon he’s top 10 capable this year.

Q: What are you doing this year? (from Mark Piccoli)

A: Not involved in V8 Media television broadcasts this year. There was not an opportunity to move into V8 Supercars beyond support categories and the deal put on the table didn’t tick any of the boxes I needed to stay. So ramped up my own existing consultancy business and keeping very busy doing a range of things with a range of clients – some of which are public, some of which are private and behind the scenes.

Q: Will the V8s ever return to the US? (from Anthony Kernich)

A: Can’t see it happening any time soon I am afraid.

Q: Has Lowndes still got it to take the crown? (from Russell Nicholds)

A: Certainly he’s still capable, but can he execute, that’s the really big question. As long as he’s in the same team as Whincup, I can’t see him claiming another championship. But Lowndes winning a title would be great for the sport in the mainstream, no doubt.