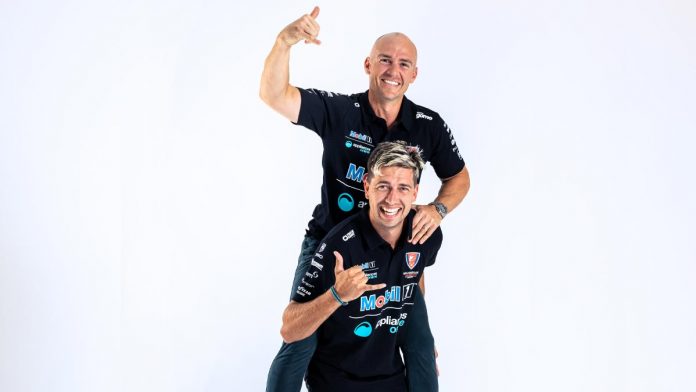 LEE Holdsworth will co-drive with Chaz Mostert at Walkinshaw Andretti United in the 2021 Repco Bathurst 1000.

The team confirmed Holdsworth and long-time WAU recruit Warren Luff as its co-drivers ahead of the Victorian Supercars teams’ pre-season test at Winton on February 16, where both drivers will be on hand to turn laps in the #25 and #2 Holdens respectively.

Holdsworth’s full-time Supercars career came to an abrupt end last month when it was confirmed that he and Tickford Racing were parting ways amid the team’s reduction to three cars.

“I’m really pleased to be in the Walkinshaw Andretti United camp this year, they’ve been building up for some time now, and you can really see the progression,” Holdsworth said.

“I’m happy to be a part of that building process, and 2021 looks like it’s shaping up to be a great year for the team, especially seeing the way they finished 2020.

“Chaz and I are good mates; we know each other well and we’ve always had respect for each other both on and off the track. I’m looking forward to having my first steer of the car.”

Holdsworth recently visited the V8 Sleuth Podcast – listen to the full episodes in the players below!

The now 38-year-old (his birthday coincided with WAU’s announcement!) secured a full-time drive in the TCR Australia Series, taking a pole position and a debut race win in the opening round at Symmons Plains just over a week ago.

His signing by WAU represents something of a homecoming; he was the fourth car at the team in 2015 when the then-Walkinshaw Racing squad operated Charlie Schwerkolt’s Team 18 entry.

“It’s going to be completely different for me this year, I’ll be in the car while Chaz is having his lunch break, but I’ve got a big job to do,” Holdsworth said.

“It’s nice to come back into the workshop and see a lot of familiar faces. There’s great continuity, a lot of passion, and a great history amongst the team.

“I think the car will be great, which is one thing, but I’ll be enjoying every lap I do at Bathurst. I will do my best to help the team bring home the goods.”

Luff lines up for his eighth tilt at the Bathurst 1000 with the squad alongside Bryce Fullwood in the team’s #2 car.

The 44-year-old possesses one of the best recent records of any driver in the Mount Panorama enduro – primary or co-driver – with podium finishes in six out of his last nine starts, including a third place with Mostert last year.

“With just the one endurance race this year, being comfortable with the team, and the car is going to be really important come October, so I’m looking forward to jumping behind the wheel at Winton in a few weeks, and getting the year underway,” he said.

“Bryce really showed he belongs in this category in his first season, I think he surprised a few people with his speed and craft, and the ‘rookie’ tag wasn’t reflective of his performances, so I’m really excited to be sharing the car with him at this year’s Bathurst 1000.”