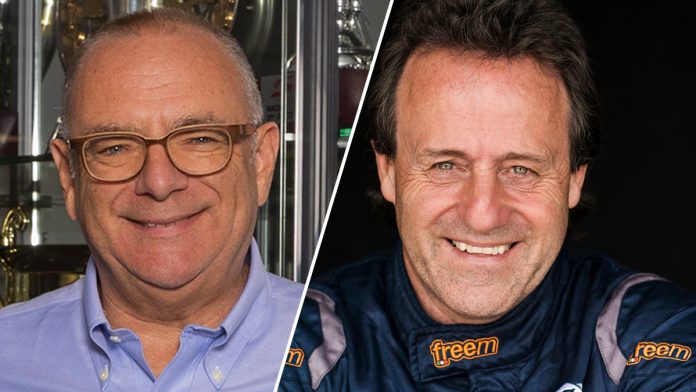 ROLAND Dane will step back from active duty at Triple Eight at the end of 2021 as part of a major shake-up of the squad’s structure and ownership confirmed this morning.

Dane will hand over his Managing Director and Team Principal duties to Jamie Whincup, who is set to retire from full-time driving at the end of the 2021 Repco Supercars Championship.

END OF AN ERA: Jamie Whincup to retire from full-time Supercars racing

Dane retains a 11 percent slice while Whincup’s increases from 15 to 19 percent and Jess Dane, the daughter of Roland, now has 30 percent; up from 27.

Although expressing a desire to spend time in other areas, Dane will remain involved with the team in a part-time advisory role, as Chairman of the Board of Directors.

Dane’s effective retirement will come six years after selling chunks of the team to Dumbrell and Miles and then bringing Whincup into the ownership mix in ’18.

Triple Eight has been part of the Supercars Championship since late 2003 when Dane and his then partners, including Derek Warwick and Ian Harrison, bought out Briggs Motorsport.

“Covid-19 has reminded me that I’m not getting any younger and I’m looking forward to having more time on my hands to enjoy different forms of motorsport in different capacities and spend more time with my elder daughter in the UK, once the pandemic permits,” Dane said.

Dane believes Whincup, who also added a role on Supercars rule-making Commission to his portfolio in 2019, is the right person to take his place at the head of the team.

“Since Jamie expressed an interest some years ago in continuing his career in motorsport with Triple Eight after he retires from full-time driving, the plan has always been for him to take the reins,” Dane explained.

“He has proved himself to be an integral part of the Triple Eight family during his 15 years here and has absolutely nothing to prove on track.

“I have every confidence that he will approach his new role with exactly the same motivation, diligence and competitive spirit that he brings to the track at every round.”

Dane also championed the introduction of Quinn, who is well known to the motorsport community as a competitor, former category owner and sponsor.

He founded VIP Petfoods and sold it for $410 million in 2015, before rescuing iconic confectionary brand Darrell Lea and offloading his share for $200 million two years later.

“Tony is an excellent fit for Triple Eight – he shares our passion for racing and innovation,” Dane said.

“We were flattered that someone of Tony’s pedigree was interested in buying into our business and his approach has helped us to cement our business succession.

“He’ll certainly be an asset to the team and we’re delighted to welcome him on board.”

Quinn has raced extensively in a variety of categories including Carrera Cup and Australian GT, a category he once owned, and made one Supercars start at the 2002 Queensland 500.

Coincidentally, that race marked Whincup’s debut in the category!

Quinn will not have an active role in the day-to-day running of Triple Eight but will lend his experience to the company’s board.

“There’s an old saying, ‘too many cooks spoil a good soup’,” Quinn said.

“The team will do a great job without my heavy involvement. In fact, one of the attractions to me was that I wouldn’t be required on a constant basis.

“Whenever my guidance is sought though, I’ll be available.”

The shake-up comes ahead of a year where Triple Eight will dovetail a racing program with its two ZB Commodores and development of the Gen3 Chevrolet Camaro ahead of 2022.

“I think Gen3 can’t come soon enough and Triple Eight has been instrumental in making this happen,” Quinn added.

“The evolution should deliver healthy benefits to all stakeholders of the sport, including the fans, so it’s an incredibly exciting time to be increasing my involvement in Supercars.”

Although no longer shareholders, Dumbrell and Miles will remain involved by sharing an alternate position on Triple Eight’s board.